The History of KinEase Release Methods

The Story behind KinEase Release Methods and the discovery that opened a new paradigm in manual medicine. 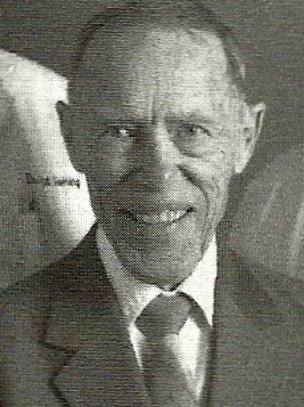 The History of KinEase Release Methods

The Story behind KinEase Release Methods and the discovery that opened a new paradigm in manual medicine.

The history of the methods that use ease instead of force to correct somatic dysfunction is interesting and dates back to 1955 when Lawrence Jones, an osteopathic physician in the farmlands of Washington was treating a patient, a young man who had been unable to stand erect for 4 months. Dr. Jones was his third practitioner. He had seen two chiropractors prior. After 4 to 6 weeks of treatment with the doctor using standard osteopathic adjustments he still was not better. The patient mentioned to Dr. Jones that he was unable to sleep for more than 5 to 15 minutes at a time due to an inability to find a comfortable resting position. Dr. Jones decided to abandon, for the moment, treating his back and turned his attention instead to finding him a comfortable position to rest in. After much experimentation the patient lay with pillows at his head and pelvis with his legs curled and nearly off the table. He was so comfortable the doctor did not have the heart to move him so he said,”Why don’t you rest here for 20 minutes while I see my next patient.

When he came back, the patient was still resting comfortably. He gently removed the pillows and helped the young man stand, and stand he did: up straight and painless for the first time in 4 months. The patient was delighted. The doctor was astounded and mystified. He had no idea what had just transpired. He got a clue a few months later when a farmer came in early for a maintenance treatment for chronic lower back pain. The man had been improving under care, enough to hoe his garden, but then his hoe hit a large rock and the handle ricocheted hard into his groin muscles. This caused his low back pain to flare more than it caused him groin or abdominal pain. He presented in a bent forward position because it lessened the pain. It was not feasible for Dr. Jones to try and straighten him out by going against the muscle contracture, so he changed tactics and tried moving the farmer into a further doubled up position, a position of comfort, like he did with the patient he had earlier supported with pillows and left to rest. He noticed that the pain on palpation in the man’s lower abdominal and groin area, the psoas muscle, ceased when the legs were bent towards his chest. The treatment worked. The farmer could also stand straight after being supported in that further doubled up position.

Dr. Jones began to note that if he treated the tender muscles on the anterior side of the body from where the patient was complaining of posterior pain (the antagonist muscle group) by putting them in a position of relaxed approximation, the cycle of pain and spasm could unwind over a period of minutes. He began to take extensive notes and developed a technique called Spontaneous Release by Position which he taught to other osteopaths who were interested in learning it. Two things held him back, besides his own busy practice, from creating what should have quickly become a popular and widespread technique. One was that many osteopaths at that time were moving away from manual medicine in favor of practicing more drug related medicine, having recently been granted rights to have prescriptive and surgical privileges because they (short sightedly, in my opinion) surrendered their schools and hospitals to the control of the American Medical Association, who promptly devalued all their manipulative practices and vitalistic philosophies. The other inhibiting factor was that he still did not have a clue as to a rational theory of why his technique worked, not until the mid1970’s.

In the 1970’s neurophysiologist Irvin Korr, PhD wrote a scientific paper based on his research into muscle spindle proprioceptive function (these are the microscopic sensory apparatus in the muscles that are the “eyes” of the muscles, giving sensory feedback) in which he theorized that the primitive sensory receptor nerve endings, called Type II Afferents, which control length and report tension, by nature of their more primitive construction, could get out of synchrony with the evolutionarily more evolved Primary afferent receptors, which report acceleration and deceleration, and the Type II’s essentially lock a muscle into a partially contracted state in which neutral was considered by the muscle spindle apparatus to be a dangerous stretch. The mechanism that created this aberrant setting was that a Type II afferent goes silent when it is put into slack and deceleration, and reports calm with no change in length. When it is suddenly accelerated the more sophisticated Ia afferents report a sudden movement, the Type II’s think they are being lurched, not out of a shortened and into a normal stretch position, but out of a normal and into a hyperstretched, dangerous position. They “hit the breaks”. No further stretch is allowed and foreshortened becomes the new “normal” length. For more information on this see my page on the science behind the methods.

Dr. Jones reasoned that by taking the joint and muscle away from the aberrant new “normal” and allowing the Type II and Ia sensory endings to slacken to the point of silence or near silence by returning the joint to the flexed position the joint was prior to the sudden acceleration, they can reset themselves to their previous homeostatic function that existed prior to the shock or injury. The hypothesis seemed very rational and fit with what babies and animals do naturally by tucking and twisting themselves around until they are comfortable. At this point he changed the name from Spontaneous Release by Position, which described what the treatment was, to Strain/Counterstrain, which he felt described more accurately what the technique treated. I frankly prefer the older name. It just sounds nicer and is more descriptive from the patient’s perspective. It has also been called Positional Release Technique or Therapy, which is similarly descriptive

Type II Afferents may take up to two minutes to reset themselves with the half a dozen other sensory fibers that exist in a muscle spindle. Once it has reset, the person is no longer tender at the previously tender point and motion and strength to the muscle group and the articulation it operates is restored. By treating the pain, the function is restored. This is very different than taking a painkiller. Painkillers such as aspirin and ibuprofen diminish the signals of sensory nerves in a muscle but do nothing to erase the vicious cycle of aberrant communication that is occurring in the muscle, spinal cord and brain. When the pill wears off one needs to take another. Strain Counterstrain erases and corrects the faulty “recording” rather than just temporarily turning down the volume of the pain “noise”.

After Dr. Jones passed away in the late ‘90’s, his successors found that not only muscles, but virtually all tissues in the body, including arterial, venous, cranial and organ systems have contractile fibers that can be treated with this technique and now whole new worlds of holistic treatments are opening up wherein organic systems that are blocked and dis-eased can be directly treated by unblocking their impaired function by putting the tissue in a state of comfort and letting it passively reset. The resetting happens with the state of comfort because it diminishes the alarm signal to such an extent that it disappears in 90 seconds or so.

His successors within and without the Strain Counterstrain fold maintained the 90 second hold method, but others, like Stanley Schiowitz, DO, and Leon Chaitow, DO and Stanley Schiowitz, DO began to utilize other methods to speed up the resetting of the system. Eventually Strain Counterstrain followed suit and now many practitioners are using what are called “facilitated release positions”. Why they are facilitated, or made easier to unwind has to do with the crowding of the tissues that have been put into slack, and then the active enlisting of a contraction of the muscle opposite the muscle that is being treated. This further quiets the signals to the muscle being treated. If one adds motion, while the muscle is being maintained in a quieted state, it essentially re-records what normal tension and normal motion is ala, while erasing the rm response.

Why create another method? Why am I teaching something called KinEase Release Methods when so many have already paved very good roads? Firstly, because all of the prior methods are taught in a way in which the practitioner must memorize hundreds of points and even more positions of release. Secondly, I am a chiropractor, and think in terms of subluxations.  Physical therapists and DO’s have a different enough way of looking at the body that it warranted that I bring this work to the attention of chiropractors with the inclusion of our diagnostic procedures: motion palpation, leg length check, etc. and our nomenclature.  What I aim to accomplish with KinEase Release MethodsTM is to teach it in such a way that the practitioner or athlete can reason out how to perform a release in any given area of the body, without all the memorization, simply by knowing anatomy and kinesiology.